How to Quickly Translate Between Japanese & English 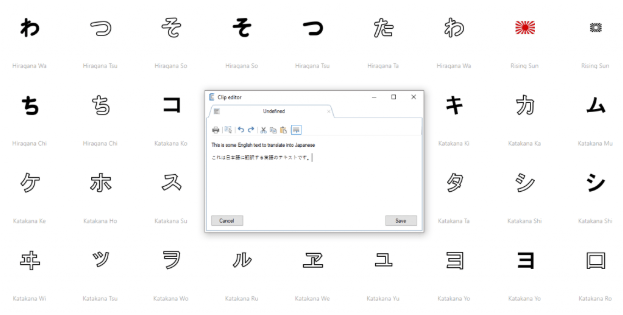 From technology to food to entertainment, Japan has a profound impact on global culture. It’s the 9th most commonly spoken language, one of the languages you’re most likely to encounter as you work and live online.

If you can’t read Japanese text, you need a quick way to translate Japanese to English whenever you need to figure out what something says. Here are two of the easiest ways.

The way your grandpa did it: Google Translate

Google Translate is a handy way to translate over a hundred languages into English, and with Japanese, it can translate typed, handwritten, and photos of Japanese text into English.

Open Google Translate’s website or mobile apps to translate text. Paste what you want to translate on the left side, then select English if it’s not already selected on the right. Or, click the pen icon and write the Japanese text with your finger. Moments later, Google will show it in English.

Or, if you have paper or packaging in Japanese you want to translate to English, use Google Translate’s mobile apps. Select Japanese on the left and English on the right, then tap the camera icon and Google will put translated English text over the image automatically.

A faster way to translate Japanese to English, though, is with clipboard manager app ClipClip. Its translation feature can automatically translate anything you copy to English. The main benefit is that you can do so on-the-fly without having to open a new browser tab. 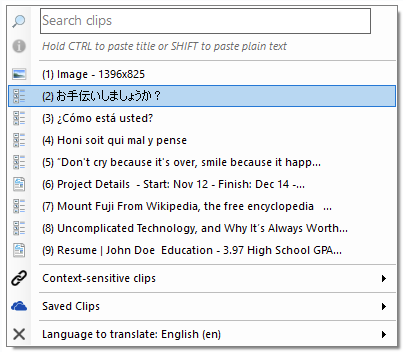 Install ClipClip and keep it running while you work. Then, when you need to translate Japanese, copy the text. Then click anywhere you can type text and press ClipClip’s keyboard shortcut Ctrl+Shift+V. That will open the ClipClip menu with everything you’ve copied.

Now, in the Translate to Language menu at the bottom, select English. Then click the Japanese text you’d copied before in the menu, and a second later ClipClip will paste the translated English into your document.

It’s a simple way to translate Japanese to English in seconds.

How to Quickly Translate Between Spanish & English