Language is difficult. Whether you’re fluent in multiple languages or have only one language enabled in your computer’s keyboard settings, you’ll still sometimes come across text you can’t understand. Archaic words. Latin scientific terms. Seemingly common French expressions you never learned. Customer support tickets and emails in languages you may not even recognize.

There are too many languages for anyone to learn them all, and even mastering the widely spoken business languages is more than most can manage. AI to the rescue. Computers may not be able to hold fluent conversations yet, but they do a rather great job at figuring out what we say. All it takes is a little clipping, copying, and pasting—with Google Translate and ClipClip.

You could purchase translation software, something that might be worthwhile if you need to translate critical documents daily. Most of the time, though, you only need something simple translated quickly. And for that, Google Translate is more than enough.

Like so much of what Google does, Google Translate is built from the internet’s plethora of data. The original version was built with statistical models from transcripts of United Nations and European Union sessions, each of which are translated into multiple languages. That let Google’s computers easily compare how the same things are phrased in different languages. Over time, Google set its sights wider. It scanned a wide range of translated websites and documents and used them to learn more languages and writing styles. Today, Google Translate supports 103 languages with its latest neural machine translation.

Google Translate works much like a dictionary when translating individual words. Give it a word, and it returns the most common translation—with substitutes and alternatives underneath. When translating phrases and full sentences, though, Google Translate is smarter. It parses the context around the words and figures out the correct meaning from the scenario. You still might not use Google Translate to translate a full document or novel (it can only translate up to 5,000 characters at once), but it’s perfect for those times when you get something random that you can’t read, and wonder what it says.

The Best Ways to Use Google Translate

The obvious way to use Google Translate is to open the familiar translate.google.com site, paste the text that needs to be translated on the left, then read the translated text on the right. Select the input and output languages if you need—though Google tends to guess right from the start. Can’t copy the text, and don’t know how to type it? Click the pen icon, then draw the character or words—and amazingly, Google will figure out the correct language and letter most of the time.

That’s easy enough, though can easily take a minute or two, enough time to distract you from the task at hand. There are a few faster ways to get your text translated, both in Google’s own apps and in any app you need on your PC.

This only works if you try to translate something not written in your default Google language—but is a handy way to quickly look up a translation.

Need to translate a full web page? You could paste the link into Google Translate’s website, but that’s slow and often fails to load the translated site. Instead, open Google’s Chrome browser—on your PC or a mobile device—and visit the page. Once Google detects the website isn’t in your default language, it’ll offer to translate it for you. Click the Translate button, and moments later most of the text on that page will transform into your default language. You could also click the Options button and have Google always (or never) translate this language.

As before, this only works if the site is in a language other than your Google Chrome default. It also does better at translating short text in menus, buttons, and forms than it does translating full articles and stories. But when you need to find directions or want to order something from abroad, it’s an invaluable tool to make any website at least partly understandable.

Pictures and Documents: With Google Translate for Mobile

Traveling and find yourself in a restaurant with a menu you can’t read, or trying to figure out how to use a product you purchased that doesn’t include instructions in your language? Google Translate’s mobile apps for iOS and Android are your best option with their camera tool.

Open the Google Translate app on your phone, select the language you’re translating from on the left and the language you can read on the right, then tap the camera icon. Google will then try to automatically translate the text it sees into your language, overlaying the translated text on the original item in real time. Or, tap the record button to snap a picture, then select text to translate and copy individual words lines of text.

It’s far from perfect—Google Translate’s camera often gives some of its more comical translations—but it’s perfect in a pinch when you need to translate anything you see. You might not understand the full menu, but you’ll at least avoid ordering something you wouldn’t want to eat.

While Working: With ClipClip

The easiest way to use Google Translate while working, though, is a handy feature inside clipboard management tool ClipClip. A free tool to keep track of everything you copy and organize your most commonly typed phrases to speed up your work, ClipClip can also translate text on the fly using Google Translate.

First, install ClipClip, and keep it running while you work. Whenever you see something that needs to be translated, copy it as normal from your right-click menu, or by pressing Ctrl+C.

Now, you’ll notice the Translate option shows the language you selected, French in our case. Click the original text you copied from ClipClip’s menu, and a second later it’ll paste the translated text into your document. If you want to use that text again, open ClipClip’s paste menu and you’ll see the translated text as the most recently copied item.

It works the other way, too: Write something in your native tongue, copy it, then paste the translated version from ClipClip’s menu. Though be careful, especially if you can’t read the translated prose, as Google Translate is far from perfect. While it can help you decipher what someone else needs, it will likely seem confusing if you send along translated text without at least a note of how it was translated.

ClipClip’s core clipboard management features are a great way to speed up your work as well. Even when you don’t need to translate text, press Ctrl+Shift+V to see everything you’ve copied in ClipClip’s menu, then select any past item to paste it into your document—or search through the entries to find exactly what you need. You’ll never have to worry about accidentally losing something you copied—or not being able to read an important email from a customer—ever again.

Technology will never replace real translation, the art of speaking two languages and easily shifting between them. Humans understand nuance and emotion, context alongside content. There’s something to actually understanding multiple languages that a machine can’t replicate.

But most of the time when you encounter text that’s foreign to your eyes, a quick translation is all you need. Substitution. Something that makes sense of the characters even if the translation is a bit nonsensical. For that, Google Translation is your best bet. It’s a handy way to figure out what something means from a Google search, translate full web pages, and make sure you order the right thing while traveling. And ClipClip’s Google Translation integration is the quickest way to translate anything in your clipboard. Copy the text you don’t understand, then paste it from ClipClip’s menu—and Google will magically turn it into something you can read quicker than you could open another app or pull out a bilingual dictionary.

Want to record GIFs on your Windows computer? The simplest way to record your screen and turn it into a gif file is by using

What is Clipboard History on Windows?

Clipboard history is simply a set of data that you copied recently. This way you can reuse or paste data in another place. By default 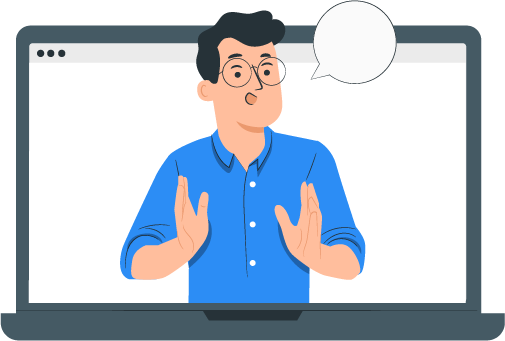